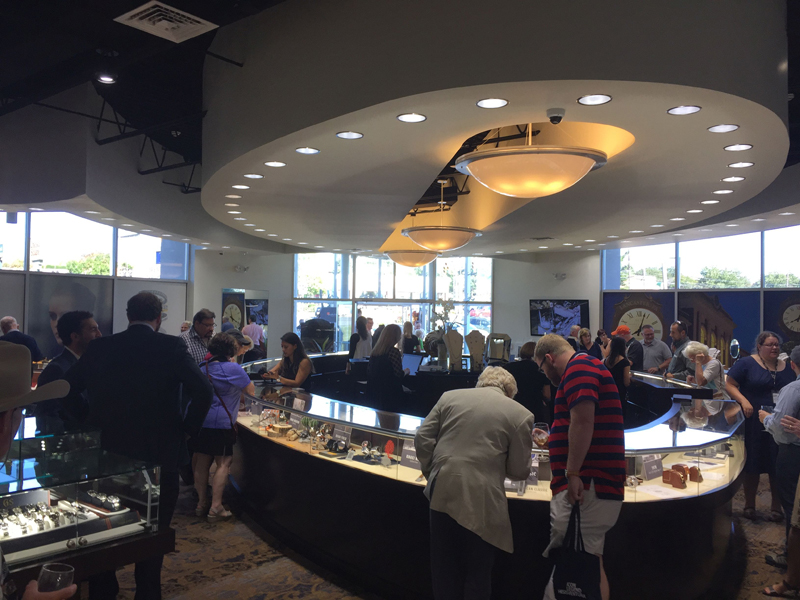 Sylvain Dolla, CEO of Hamilton Watch Co., illustrates the relationship that the NAWCC enjoys with the U.S.-native, now Swiss-owned, Hamilton watch brand: “Hamilton is proud to partner with the NAWCC since 2010. Being born in Lancaster, it makes sense for Hamilton to be present at the museum—more than a presence, a true collaboration with the team to work together on many projects. We know we can count on the NAWCC’s Hamilton watches expertise!” 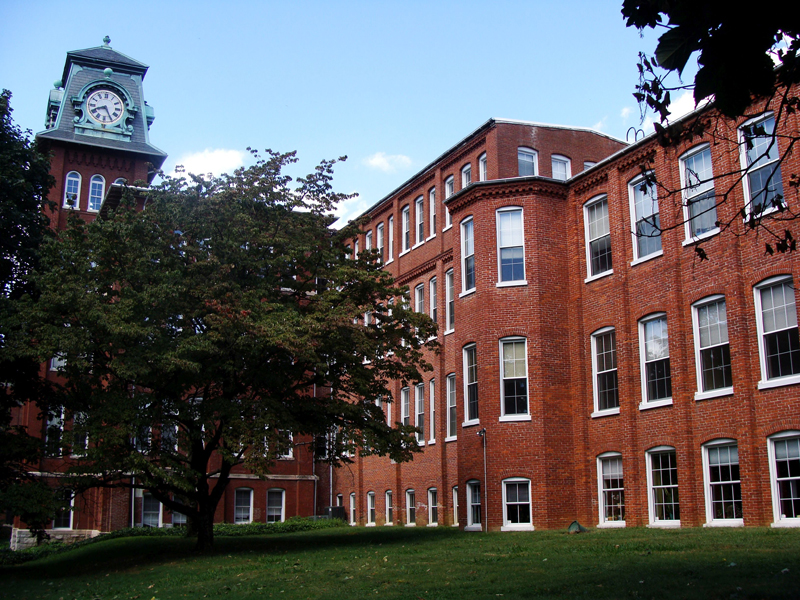 Hamilton Watch Co. is one of the world’s most recognizable wristwatch brands with its watches seen in movies, such as A Space Odyssey, Men in Black, and The Martian. 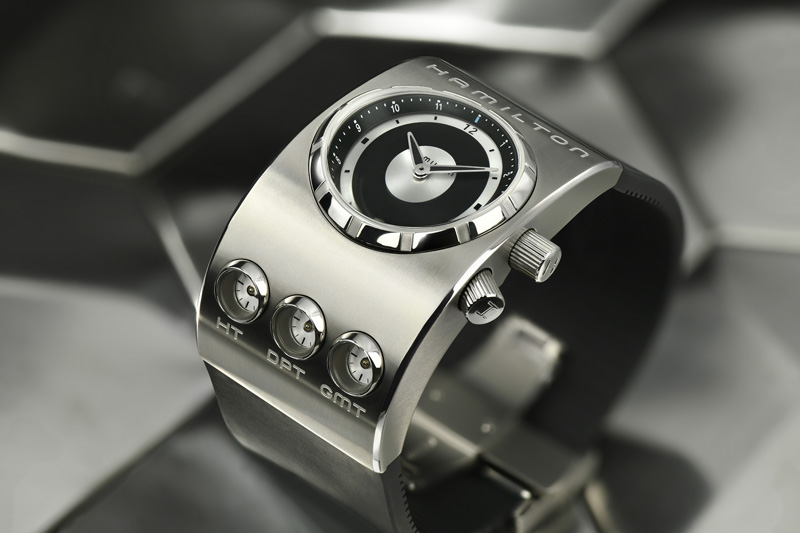 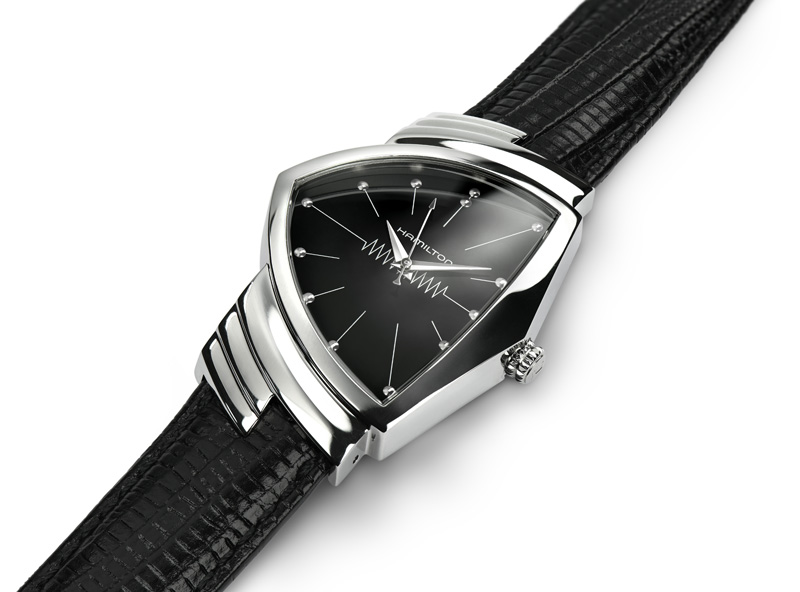 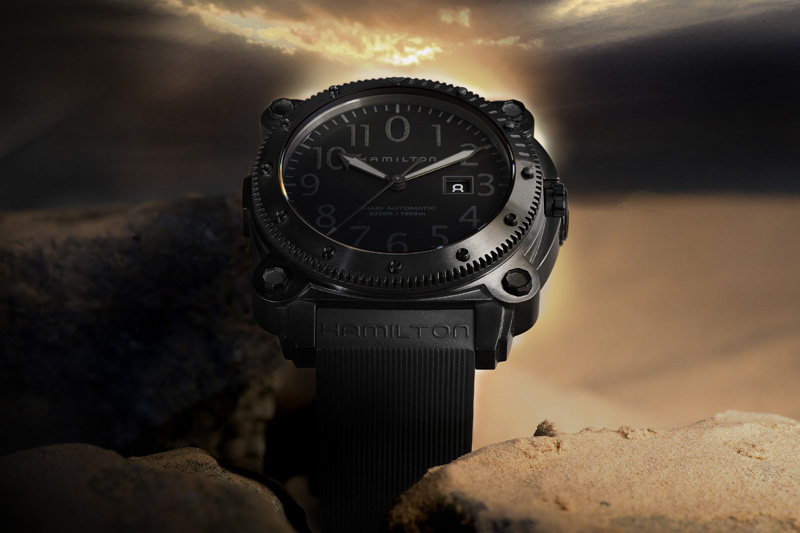 The watch company also leans heavily on its history as a U.S.-owned company. On March 1, 2018, Hamilton launched its 100 Years of Timing the Skies celebration and invited Museum Director Noel Poirier, Gift Shop Manager Abby Krouse, and myself to attend the event in New York City.

In 2017 in Lancaster County, PA, the original home of Hamilton Watch Co., Hamilton celebrated its 125th Anniversary in conjunction with Lancaster’s Brent L. Miller Jewelers & Goldsmiths and the NAWCC. Hamilton also held its 120th Anniversary at the National Watch & Clock Museum and unveiled its updated exhibit and invited former employees of the company to celebrate its long history. The NAWCC and Hamilton Watch Co. are indeed more than passing ships in the night.

Every good and successful relationship requires much hard work and dedication. As Hamilton’s official historian, the National Watch & Clock Museum and the Library and Research Center are frequently contacted by the brand to answer various questions. Because of the efforts of former Hamilton employees and NAWCC staff to save what was being discarded during the company’s liquidation in 1969, Hamilton’s history is preserved in Columbia. This dedication to preserve the history of horology and to educate the world in the art and science of timekeeping is the reason why the NAWCC is highly respected by Hamilton.

Thanks to these efforts from our members, volunteers, and staff, the NAWCC Museum and the Library and Research center hold a treasure trove of Hamilton’s institutional knowledge. Along with the Museum’s extensive and permanent exhibit devoted to Hamilton Watch Co., the Library archives houses ledger reports, board and service records, tool and watch engineering drawings, and even copies of Timely Topics, Hamilton’s internal newspaper. We also have a handful of volunteers devoted to answering questions and archiving material about Hamilton. And because the NAWCC National office is located in Lancaster County, PA, many former Hamilton employees have shared their experiences, including seven interviews video recorded in 2012. The best part is that all of these resources are available to our members and to the public.

Roland Murphy, CEO of Lancaster-based RGM Watch Co., is the only U.S.-based watch company to design and manufacture its own movements. RGM is also the first U.S. company to serially produce a tourbillon watch. Murphy was a product developer and technical manager for Hamilton Watch Co. during the late ‘80s, and early ‘90s. He has worked closely with the Museum over the years and has provided much insight into Lancaster County’s rich watchmaking past. When asked how the NAWCC influenced his work during his time at Hamilton, he said, “I could see all the historic watches that were made by Hamilton at the Museum. That was helpful to my work there.”

As a proud Lancaster County native, the importance of the Hamilton Watch Co.’s contribution to American culture is undeniable. Its world-renowned railroad and aviation timepieces, innovative and fashionable wristwatches, and war-winning contributions during World War II established Hamilton as a truly history-defining brand. The closing of the factory in the city of Lancaster, PA, in 1969 became part of the new dialog of the retreating American industry. I know many men and women who worked at Hamilton, and even today its loss is still palpable in Lancaster. But during a conversation with Sylvain Dolla about the impressive growth and world recognition the brand enjoys, he said, “We are proud of Hamilton.” Without hesitation, I said, “We are, too!” It was then that I realized that my hometown Hamilton is in competent and global hands.